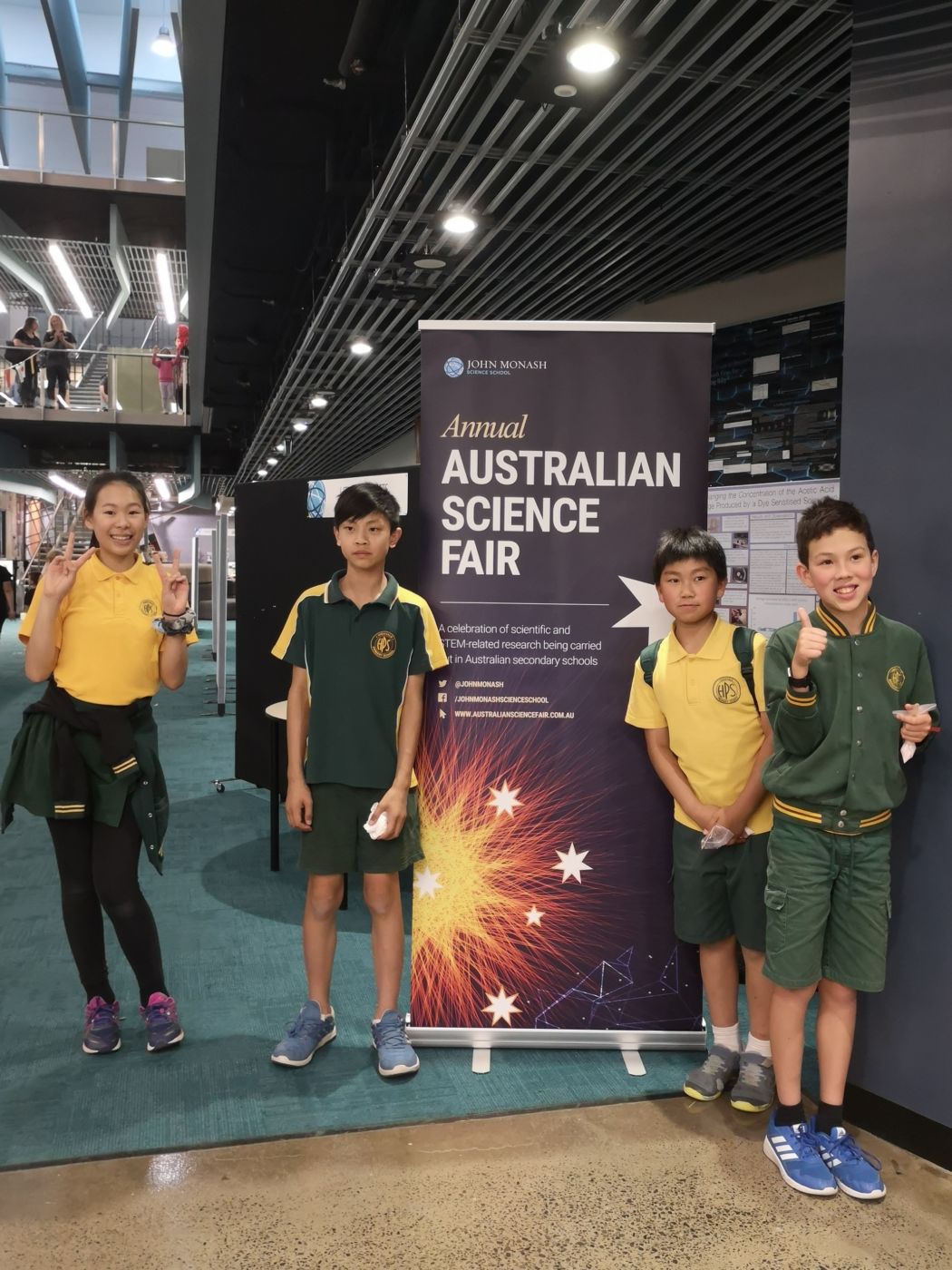 This year we have been fortunate enough to participate in the annual ‘Little Scientists’ and ‘Mini Mathematicians’ programs at the John Monash Science School. Our students attended four sessions across eight weeks where they learnt new things and participated in various activities. At the conclusion of our Little Scientists sessions, students were asked to work on a group project as they were given the opportunity to showcase their findings at the ‘Little Scientists Big Science’ Exhibition night. Our students decided to present their work on Homopolar Motors and the did a fantastic job on Monday 25th of November at John Monash.
Here is their recount of the night:

“We arrived at JMSS science fair on Monday (25-Nov-19) afternoon. Gawain, E-Chern, Audelia and Ryan went through the front doors, excited to show the world what we had made. We had made a homopolar motor. It is when a battery and copper wire creates an electromagnetic field which repels against a magnet, making it spin.

When we arrived, we chose a stall and set up. Shortly after, the stalls started to get jam packed with people walking here and there and coming to ours and other stalls. At 6:00pm, we attended the opening ceremony. The principal and many other people spoke and declared the start of the science fair.

After a while, we started to get the hang of it, we got used to explain how our project works. Although busy, it was exciting to meet new visitors and share our findings and knowledge with people. Then we took turns to go visit other booths, the others had many interesting projects such as types of energy sources, microbiomes and many more.

The bustling crowds seemed to decrease as our job got easier. Soon after, one interesting visitor appeared. He was wearing a normal John Monash uniform like many other people here at the exhibition. It started as normal, we explained how it worked, then he started asking weird questions that we had trouble answering like, how come he couldn’t see the magnetic field. Later we found out that the head of the little scientist program thought our project was interesting so he sent a student to quiz us. The night went smoothly and went past quickly. Soon the time had come to pack up, overall we had a memorable experience and learnt many new things.” 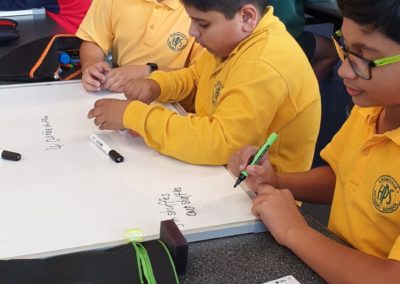 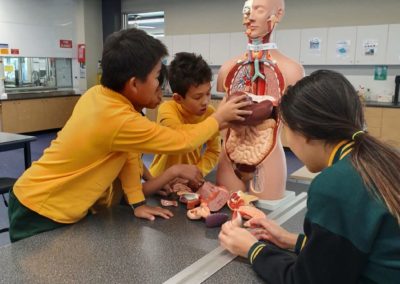 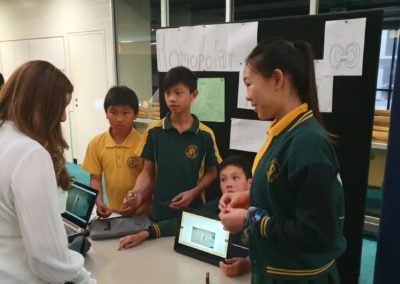 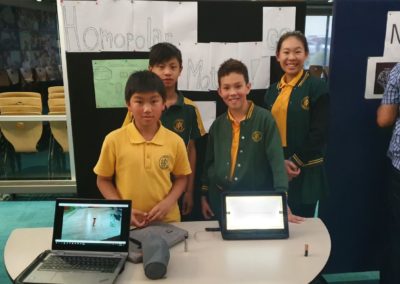